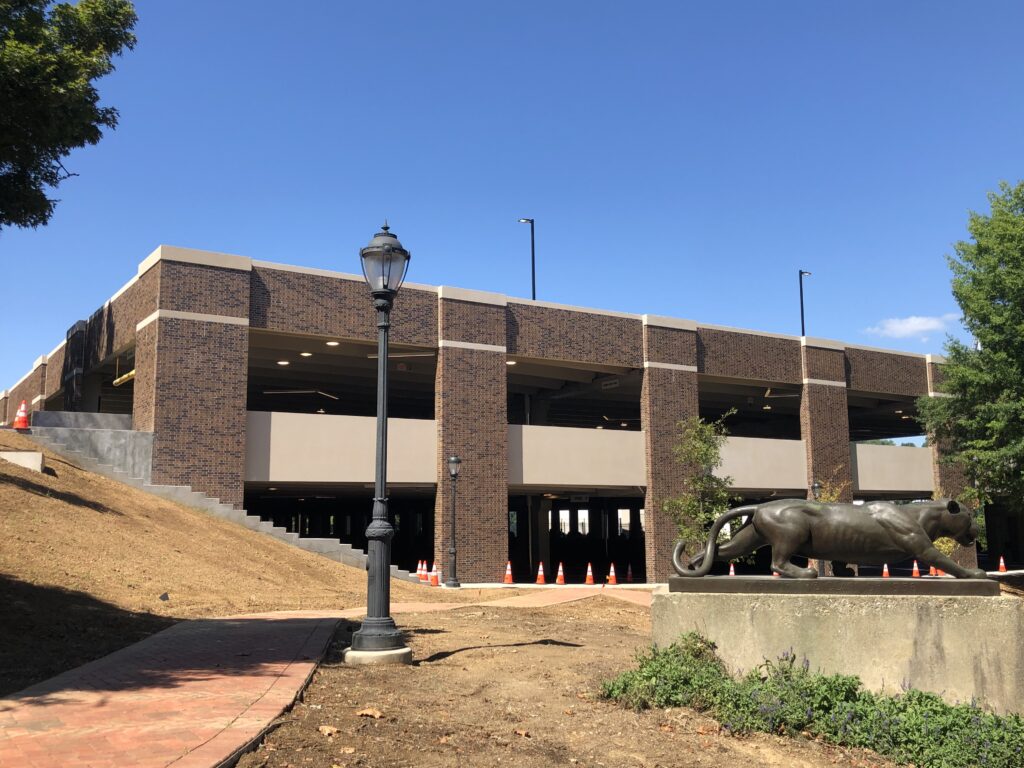 After an eight-month demolition and construction duration, this new parking deck is now open, featuring 220 additional spaces and parking on all three levels, plus new landscaping around the deck.

Two components of the deck—the glazing surround at each stair tower and an exterior stair between the deck and Oechsle Hall—are currently being completed due to extended lead times. During their installation, access to all three parking levels remains available.