The campus facilities master plan, completed in the Spring of 2009, makes many references to signage and wayfinding. Future gates or title walls should be carefully designed and sized as appropriate for each location.

The most significant element within the hierarchy of signage that is missing is the type of sign that identifies the College. Walls, and decorative wrought iron fencing currently exist on campus and should be consistently reinforced in new locations over time to help demarcate the edges of campus. However, it is not intended that the campus be ringed with fencing; instead, such treatments at major portals into campus will signify the transition and identity of the College.”

Throughout 2013 and 2014 the College completed gateway signage at five critical portals to the campus. The last project, at Clinton Terrace and McCartney Streets, was completed in August 2014. 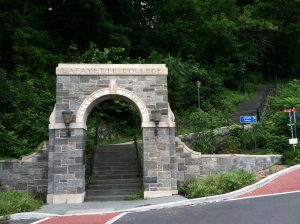 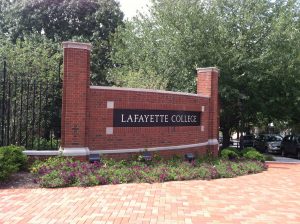 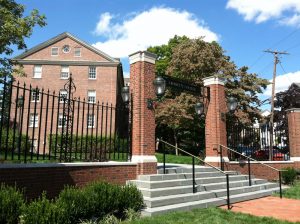